Tears of the Silenced 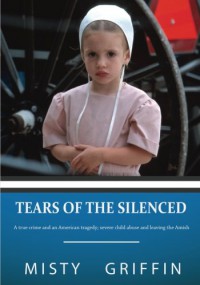 Okay, I am giving this 2 stars because I can't decide if it's true or not and I don't want to be made a fool. Several people have said Misty gives contradictory stories about happened in her life. And a couple of people who are former Amish have said that her description of Amish ways are not accurate, right down to how deacons are put into place. There is also the fact that this book is just so much bad, one event after another; while that isn't, in itself, unrealistic, it's coupled with wildly miraculous events, and that is where it gets hard to really believe. Everyone outside of the Amish is always telling Misty how amazing she is and how smart she is etc. She passes her GED on her first attempt even though she only has a 2nd grade education and never even saw algebra until a couple of months before the test. I don't know.

Then there's the sheer volume of grammatical errors, spelling errors and missing punctuation in this book. There could not have been an editor. The speech was stilted, the conversations were terribly unrealistic and nobody is that dang CHEERFUL. Especially given how bad her life has been. She keeps saying how optimistic she is, while having panic attacks and crying in corners. She clearly defines cheerful differently than I do. Oh, and this book was ridiculously long. Like, mind-numbingly long.

I suppose we won't ever know if she's telling the truth since Amish folks probably don't even know this book exists. But I am heavily skeptical.